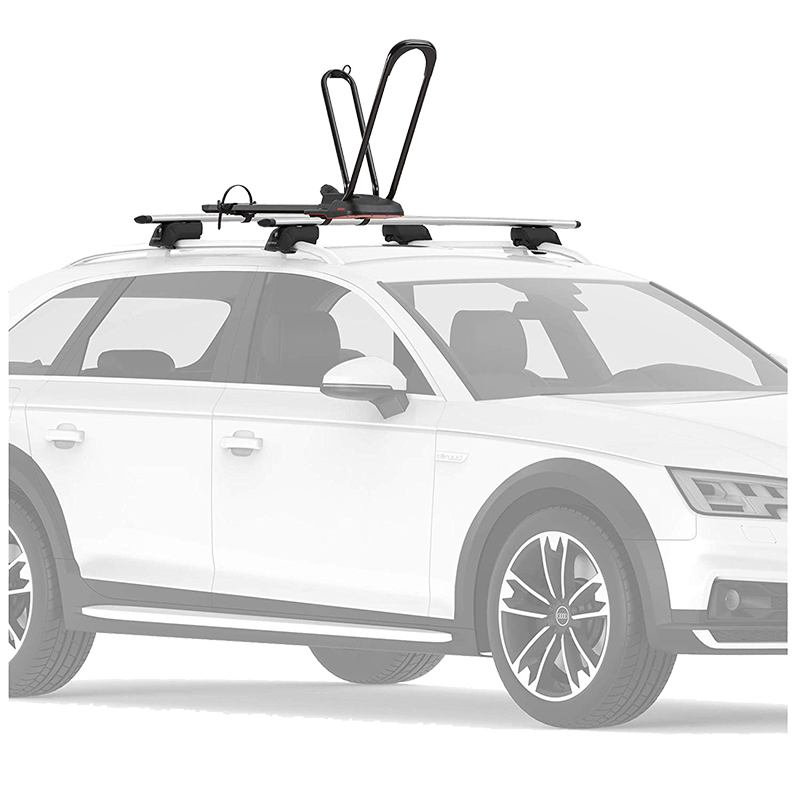 “Early in our fulltime adventure, we purchased a couple of kayaks. These replaced an inflatable kayak that we carried in a cargo box alongside two bicycles on a Yakima roof rack. The base rack consisted of Yakima Round Crossbars. The crossbars were mounted on a Yakima Baseline Tower (these may vary by vehicle).

We sold the cargo box so we could carry both the kayaks and bikes on the roof. It was as easy as changing out the mounts from the cargo box mount to JayHook Kayak Racks. We combined the kayak mounts with the Highroad Rooftop Upright Bike Mount for our bicycles.

Six years later, our Yakima roof rack system had safely carried our kayaks and bicycles as far South as Key West in the East and Cabo San Lucas in the West and as far North as the Gaspé Peninsula in Québec in the East and the Arctic Circle in the Yukon in the West.” Inflatable SUP Stand Up Paddle Board