Tom Palesch has been traveling for a long time.

A graduate of Northwestern University’s Class of 1959 and the son of a furniture store owner, his life in the ’60s and ’70s was, as he describes it, “somewhat traditional.” A career in the industrial metals industry evolved into opening his own business, which in turn led to a significant amount of time traveling.

“I enjoyed being “immersed” in new businesses,” he writes from somewhere in Maine, currently traveling in his 28′ Airstream CCD International travel trailer, “local cultures and people of backgrounds different than mine.” Business travel sparked something in him, and while it would be a few years before he began traveling the world and camping, during all of this time he developed an infatuation for sailing and moved to Minnesota.

“I started sailing with a small cartop boat. That interest grew to larger boats and racing on inland waters,” Tom recalls, “Typical to boating in general, a bigger boat entered my life and I took to blue water sailing and learning seamanship on Lake Superior.” He and his wife would eventually settle on a 33’ Pearson they’d keep on Madeline Island near beautiful Bayfield, Wisconsin.

“We enjoyed that lake for 22 years and were one of the founding members of the Madeline Island Yacht Club. We did little racing up there, cruising was our passion. Private and remote out of the way anchorages were what we sought. Long distant passages to Canadian anchorages gave us our thrills.”

Wanderlust had set in and the open waters of the Great Lakes occupied as much of their time as they could muster. Then, in the ’90s, things began to change.

“Age and inconvenient health issues caught up to me,” he recounts, “plus we had just built a country home on the edge of the Minneapolis metroplex.” With over six acres to their name and a home his wife, Sandi, had designed–as well as oversaw the build of as general contractor–life was changing yet again, though the location made the change in lifestyle no doubt bearable. “[The property] overlooks an active wildlife lake. Work around the home property is not bad duty.”

They were by no means finished with travel, though. Tom and Sandi bought a Class B Leisure Travel RV, with the idea that they could tow their boat behind them on life’s explorations, continuing to explore Lake Superior and various other watery destinations in Minnesota. “One fall we hop-scotched all the way down the river,” he’s speaking of the Mississippi now, “to Kentucky and the Land Between The Lakes. We slept in our Leisure Van,” which they affectionately named Cottage 1. “It was then that we started to get a taste of what RV camping had to offer. 100,000 miles later my one son took over the boat and we moved up to one of the first Leisure Travel Sprinter Vans and left boating behind.”

Tom has not only covered thousands of miles, he’s been an avid supporter of Campendium since before the site was even launched. Going by the name Tomp here on Campendium, he’s written over 220 reviews for the site, with his first dating back to New Years Day, 2015.

“I have enjoyed writing and sometimes including photographs so learning of Campendium early stirred my interest in being a part of what they are trying to accomplish. I’m glad to see more people contributing.”

“In the mid-’60s,” Tom tells us, “I sold mill quantities of aluminum for Reynolds Metals, the second largest producer of aluminum. I was based in Ohio and specialized in developmental sales to the automotive industry.” He worked with big companies like GM and Chrysler, but occasionally smaller companies as well. “…from time to time I did some problem-solving with a small RV company in Jackson Center, Ohio.”

“Being an aluminum guy I always liked what they were doing there, but owning an RV–particularly an Airstream–was well beyond my financial reach. Buying shoes and school books for the kids were more my priority. Besides, back then Airstream designed their interiors to look like grandma’s cottage in my view. I was a mid-century modern guy!”

It didn’t take long for Tom and Sandi to upgrade from their Class B to a brand new Airstream, a match over 30 years in the making.

Once they had their very own Airstream, though, all of those years later, Tom and Sandi realized how many more possibilities opened up now that they’d expanded their list of possible destinations beyond those a boat could take you. They also retired around this time, and partially due to his history with the company, and partially thanks to the more modern designs Airstream was producing, they fell in love. With the travel trailer, and the lifestyle.

“We have put more than 200,000 miles on since 2005 and the same on the 2500HD Silverado Duramax 4WD of the same vintage.” Their travels have taken them from their Midwestern home to New England, Texas and the Plains States, the Southwest, Canada and beyond. “We haven’t looked back.”

The couple still owns that beautiful slice of lakeside living in Minnesota, but travels for a dozen or more weeks every year. “We try to wander south in the winter leaving in late February. We keep saying we should do it sooner, but life keeps getting in the way of an earlier voyage.”

“Time is running out for us so we’d better leave early this winter,” he jokes.

Unlike their friends who’ve retired in, as Tom puts it, “crowded Florida,” they prefer to roam where the elbows bump a little less. Among many other locations, he mentions Big Bend in West Texas, Southern California when they can avoid the craziness of off-roading weekenders, and Arizona or New Mexico for the colder months.

Being lost is never a waste of time.

While finding solace and the beauty of nature are certainly on their list of reasons to travel in their RV, Tom is just as interested in meeting people from around the nation. “Besides the beautiful scenery of remote areas we are pleasantly wide-eyed by the backgrounds of people that we meet. We seem to find interesting people that have lived dynamic lives. Simple breakfast gatherings or evening sun-downers bring out these stories. A recent acquaintance was made on the North Padre beach. He retired from running a large ship building company and his wife is a miniature artisan as is mine.” The husbands talk shop while their wives discuss art.

“At the same beach years earlier we met a couple from Quebec and continuously correspond with them. We have had several rendezvous in Canada and will do so again next week traveling to Nova Scotia.”

Tom has written for Airstream Life Magazine, where he interviewed a Canadian couple which morphed into a lasting relationship. “They have recently visited our home with their new Airstream now that they full-time. This last winter we visited friends we made on a remote beach on Lake Superior…the list goes on and on.”

In his younger years, he would spend time hunting and fishing. These days he’s content shooting with a camera or just shooting the breeze with fellow Airstream enthusiasts. His wife creates her art and he writes all about it on their family-friendly blog. They tend to boondock more often than not, though aren’t opposed to full-hookups should the need arise or even a Walmart stop over in a pinch.

“We are rigged to not need energy and use minimal power, but enjoy full hookups when they are the only choice.” He’s not particularly partial to most state park systems, except in the off-season. “More rural states now have municipal camping, off-season fairground camping and of course National Parks, National Wildlife Refuges and sometime boat landings are good places to camp. We stay away from crowds, holiday weekends and resort-style camps. We love kids, but not during school break and summer when they gang up on us cranky ol’ timers.

“Our destinations are usually by chance,” he reveals, “just pick a general direction or towards a distant destination and wander until we get there — if ever. We are big believers in the old saying that ‘being lost or diverted is never a waste of time.'” They find the most interesting people while simply meandering about, and as much of a conversation starter as their Airstream is, Tom says their dogs are the real topic in most of the places they camp. “They naturally attract startup conversations. I like to cook using our Dutch ovens and that is another lure,” he’s referring to all of the ways they manage to meet fellow travelers.

“We have always enjoyed the people we have met along the way.” 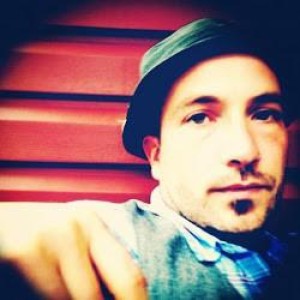