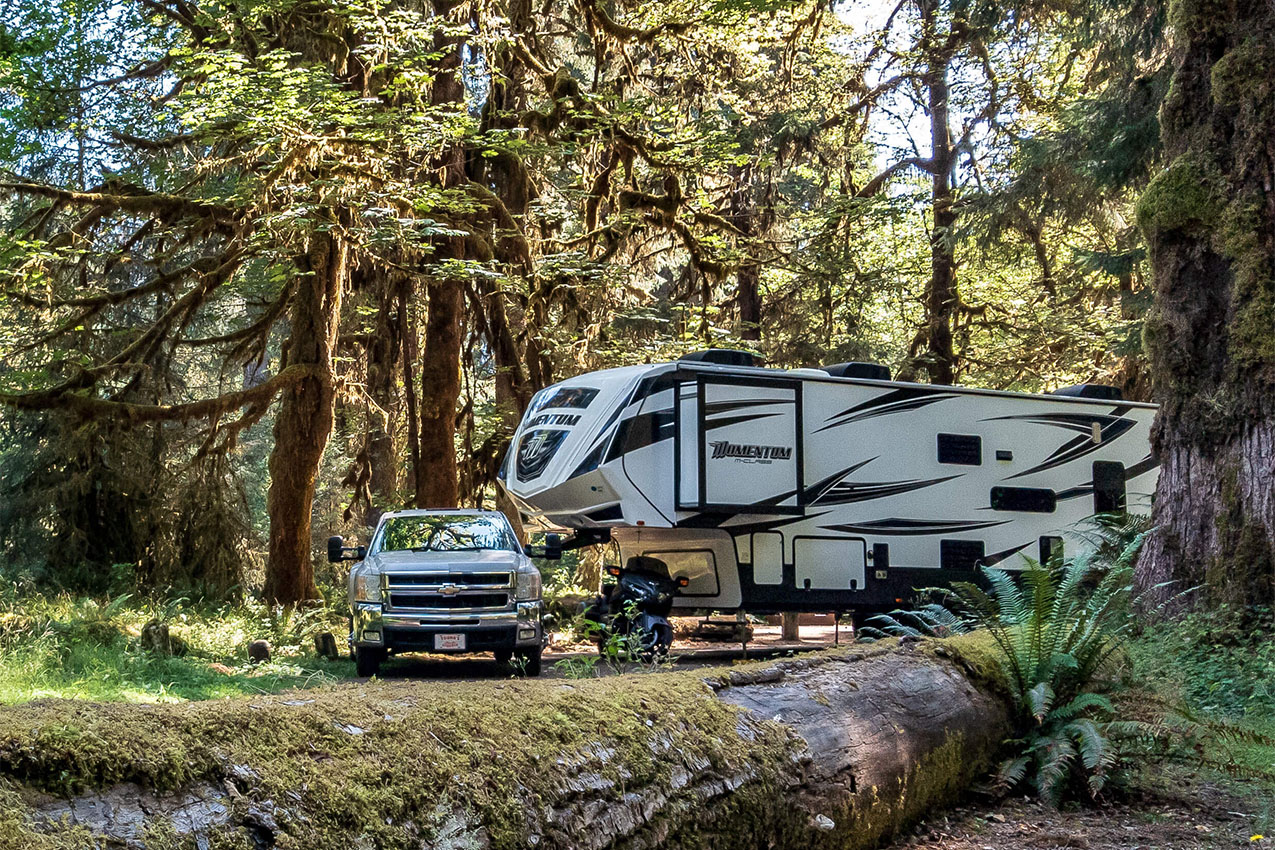 With all the attention on and interest in the United States’ beautiful national park system over the last few years, finding a good spot to camp can be harder than ever. Fortunately, Roadpass Pro Members have access to our National Park Map Overlay, a tool that makes it easy to find campgrounds and campsites within and just outside park boundaries. What are the National Parks?

The United States’ national parks are often called “America’s Best Idea.” The national parks, which are managed by the National Park Service, were created to protect and share an area’s unparalleled natural beauty and/or cultural resources.

Yellowstone National Park was arguably the first national park, created by President Grant in 1872 (the argument hinges on the designation of Hot Springs, Arkansas, as a national reservation some 40 years earlier, though it wasn’t officially a national park until 1921). Since 1872, 63 other parks have been designated from coast to coast, up into Alaska, and across the Pacific in Hawaii.

Except for 2020, when COVID-19 shut down many parks and areas, National Park Service-managed lands have seen are than 300-million visits each year since 2015—a number that’s doubled in the last 50 years. Parks and popular scenic spots like Smoky Mountain National Park, Golden Gate National Recreation Area, and the Blue Ridge Parkway all topped 10-million visitors just on their own.

With all those visitors, finding a spot inside or nearby national parklands can be a tricky thing. Some parks require reservations for campsites, and others see their reservations snapped up within seconds of releasing them to the public. In some cases, demand for camping and permits is so high that the National Park Service has turned to a lottery system. It can be that case that, if you don’t plan months out (and in the case of a lottery system…even if you do), you could be out of luck.

There are positives and negatives to the popularity of our national lands. Increased visitation will hopefully bring more awareness to our parks and more support, but at the same time, campers need to be creative with where to stay, and that may mean checking out some spots that are slightly off the beaten path.

The good news is that most parks have spectacular camping both and outside their borders. And that’s right where the National Park Map Overlay comes in.

To get a better look at your options to camp in or near a national parkland, begin by searching on Campendium by the park name. This will return a map of any campgrounds or campsites in or near the park.

Roadpass Pro Members can then turn on the National Park overlay by clicking the Map Overlay button on the right side of the mapping and clicking on “National Park.” A purple overlay will appear, showing the exact boundaries of the parklands you are researching.

From there, you can filter by price, category, and several more detailed parameters like reported cell service (Roadpass Pro Members only), RV length, elevation, policies, discount clubs, and on-site facilities. The overlay is available both on the website and the app to make on-the-ground navigation easy.

Check out These National Parks

Looking to get a bit off the beaten path? Check out these national parks that fly under-the-radar.

Washington’s North Cascades National Park is just as close to Seattle as Olympic National Park and Mount Rainier but only sees a fraction of the visitors.

In the Southwest, lesser-known spots include Guadalupe Mountain National Park, which sits on the border of Texas and New Mexico and has the highest peak in the Lone Star State. It is also a short drive from other parks like White Sands and Carlsbad Caverns.

On the East Coast, South Carolina’s Congaree National Park is a unique landscape that features trails along a marsh and plenty of miles of water trails to explore by canoe or kayak.

Interested in becoming a Roadpass Pro Member and unlocking perks like the National Park map overlay? Check it out!