“I was pretty amazed with what I saw on the Highway 60 corridor. It looked like a used car lot, essentially,” explains District Ranger Todd Willard of the Verde District of Arizona’s Prescott National Forest. Willard is talking about an overrun dispersed campground area which had been an issue for years before the decision came to finally shut it down. The Prescott National Forest covers more than a million acres of land about a 90-minute drive north of Phoenix. The forest combines areas of desert and mountains, not far from Flagstaff. The proximity to some metro areas makes it a popular spot, and any campground closure can set off red flags for those who love the outdoors.

Willard says part of the problem was the campsites were occupied by what he calls “not your average campers.” These campers essentially set up illegal, permanent residency in the national forest, overstaying the posted stay limits. Many were actively avoiding interaction with the outside world. Shortly before the closure, federal officials estimated the mass majority of people staying in the area were not there for a temporary visit, and with that came other issues for both federal employees, and nearby local law enforcement and residents. “I mean, it’s hard to explain the amount of trash and even fecal matter. We picked up four to six tons of material every year,” says Willard. The amount of trash combined with people permanently living on federal land, including areas that would damage plants and the ecosystem was just the start of the problem. Law enforcement from the nearby town of Cottonwood also saw an uptick in calls reporting criminal activity.

Tom Palmer, the recreation manager with the Verde District, says they did take some initial steps to try and put an end to the problem, “We were trying to educate and even had hosts out at some of these locations which is typically not normal, to help provide information to people to try to gain a path to compliance.” Not surprisingly, federal funding was another major factor for those working in Prescott National Forest. In just the Verde District alone, they only had two people on the ground trying to enforce these rules. Officials say the problem which spanned only a few acres of the massive national forest was taking up the majority of their field workers’ time. When the 2019 government shutdown rolled around, they decided it was time for some serious changes.

“We’re public servants, we feel strongly that way here, but whenever we start seeing areas impacted by people overreaching or taking advantage of that’s when we feel a need to serve the larger public,” says Willard who explains the plan to put together a task force to take serious action. The Verde Front Leadership Team brought together forest officials with local mayors and other government officials to map out a plan.

Together they worked with local churches and other similar groups to reach out to those living in the woods to try and help them get back on their feet and prepare for things like job interviews or seek help as otherwise needed. While some took the help others refused, and when the issue continued, they closed down the area altogether. 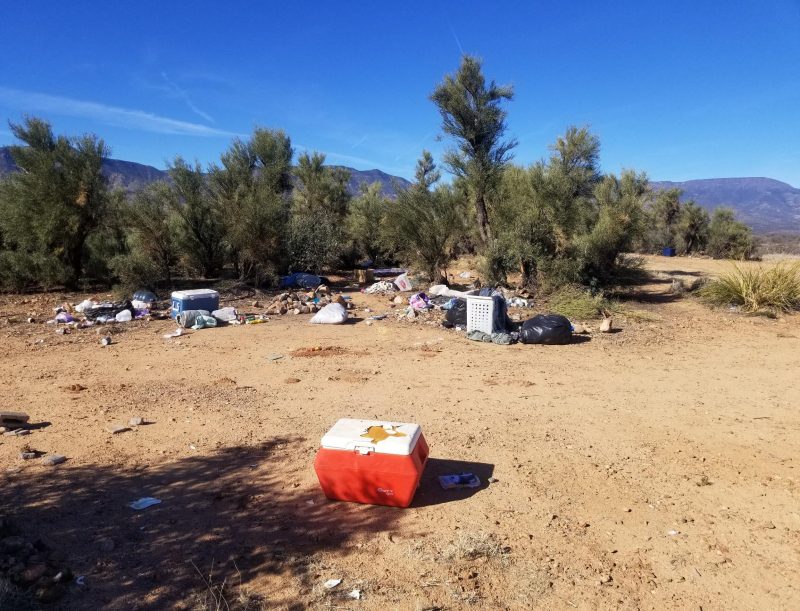 Unfortunately, this is far from just an issue found just in the Prescott area. Palmer says he’s spent most of his time working for the USDA in Arizona but says he’s spoken to others in the same role and it’s a problem they see across the country. “We’re not unique. Our neighbors to the north in the Coconino (National Forest) have similar issues and concerns that are similar,” he says. “These are issues we face in our dispersed camping areas, especially areas close to towns and cities, primarily just because of the services provided there within those communities.”

USDA officials say they’ve already taken the first steps to regaining access to the area, by first closing it to the public. However, there is not much of a timeline for officially reopening to visitors and campers. Much of the Verde District is at a lower elevation than other parts of the national forest and if you’ve ever visited a desert area, you’ll find plenty of signs explaining how delicate that ecosystem is. 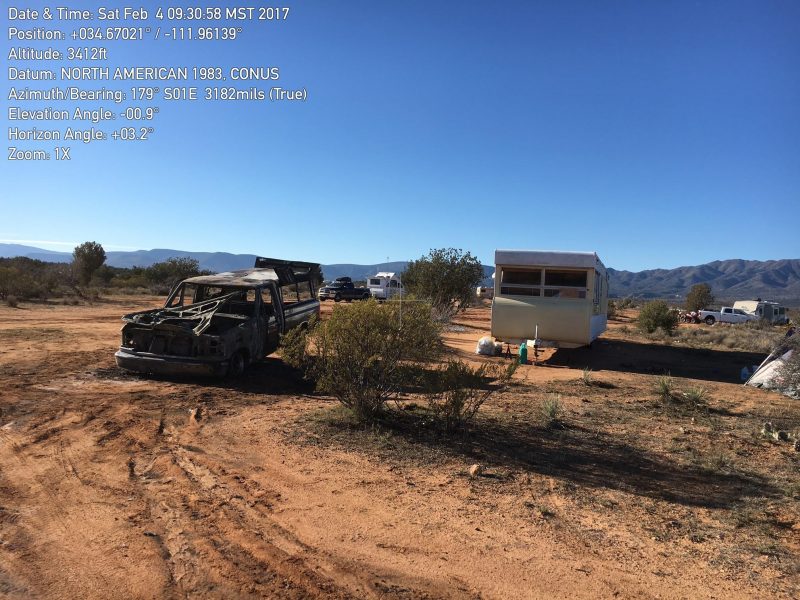 “I don’t know what it would take to actually get the ecosystem back to functioning because of the soil. It’s almost like driving on pavement,” says Willard. He adds that the area is just void of vegetation at the moment and there’s not much they can do with their current budget, but they’re hopeful in time that plants will begin to grow back.

In the meantime, it’s up to campers everywhere to make sure they’re taking the proper steps of following Leave No Trace principles and caring for our federal and state lands. Forest officials recommend those looking to enjoy the outdoors to first educate themselves on the area to know the guidelines they need to follow, and to bring home any items you may bring with you.

Like many other outdoor areas, Prescott National Forest has become an escape from the COVID pandemic and those protecting our national forests hope it stays that way.

“A lot of these folks have been ultra respectful and playing really well, but with increased use level sometimes comes that school’s out mentality,” says Willard. “But this has been a place for folks to get away with their families and reconnect during these crazy pandemic times. I really feel like we still provide that service to our public.”

All photos courtesy of the USDA Forest Service. While the name Bridger-Teton National Forest may not immediately sound familiar, it’s where the 3.4 million-acre forest sits that makes... Mother Nature – She’s Not Your Maid

With the invent of internet sharing spaces, finding an amazing campsite is easier than ever. From social media sharing platforms to review websites such as Campendium, nomads and adventure seekers are finding - and sharing - the awesome places they have parked for a night or 10 with their friends, family - and the world. What Indigenous Heritage Month Should Mean to the Outdoor Community