What RVers Should Know About California’s Gas-Powered Vehicle Ban

Here's how the new regulations affect RVs and tow vehicles, and what to expect in other states.

California’s Air Resources Board recently approved regulation to ban the sales of new gas-powered vehicles by 2035, in an effort to battle climate change and increase the number of zero-emission vehicles (ZEVs) on the road. California is one of 18 states tied to stricter vehicle regulations under the Clear Air Act, which is backed by the U.S. Environmental Protection Agency.

As of now, a handful of states plan to follow California’s lead—including Massachusetts, New York, Oregon, Vermont, and Washington. Minnesota and Virginia are likely to adopt similar regulations; however, both states have encountered some pushback.

While larger, drivable RVs and heavy-duty tow vehicles won’t be impacted by the 2035 ban, some Class B rigs will be affected. Here’s what RV owners need to know about the upcoming laws and future vehicle regulations.

Related Can You Take a Road Trip in an Electric Vehicle?

What Vehicles Will Be Impacted by the 2035 Ban?

Vehicles weighing less than 8,500 pounds are set to be included in the first iteration of the regulation. According to the RV Industry Association (RVIA), this includes most passenger cars, smaller trucks and SUVs, and some Class B RVs like campervans. While most rigs won’t fall under this category, some tow vehicles will. New light-duty trucks and SUVs for towing small trailers will be affected by the ZEV requirement by 2035.

Are There Plans to Include Larger Vehicles In the Ban?

Larger vehicles, including motorhomes, could fall under similar bans by 2046—however, these regulations are still being discussed. Stricter emission standards for manufacturing larger vehicles weighing between 8,501 and 14,000 pounds could come as soon as 2026. The RVIA states, “This portion of the rule would cover all vehicles, including motorhomes and tow vehicles, that weigh 14,000 pounds or less.” This means that most Class B and some Class C RVs would need to follow these new regulations.

Which States Are Adopting These Regulations?

California, Massachusetts, New York, Oregon, Vermont, and Washington will be implementing the ZEV regulations for 2035. Other states like Minnesota and Virginia are expected to follow similar plans, but these terms haven’t been decided.

Will Electric Vehicle Charging Stations Be Added for the Increased ZEVs?

Under the Infrastructure Investment and Jobs Act passed in 2021, more than $7 billion will be dedicated to meeting the charging and infrastructure needs of the growing amount of EVs on roadways.

How Will Older Vehicles and RVs Be Impacted?

Vehicles sold before 2035 won’t be affected by the gas-powered vehicle ban. It will still be legal to drive and purchase used gas-powered vehicles and RVs in the state of California and all other states implementing the new regulations.

Some nuances of the ban and future ZEV regulations are still being debated and will most likely vary from state to state. Things like weather and commerce are being taken into consideration in order to make it easier and more practical for consumers to make the switch from gas-powered to ZEV and low-emission vehicles.

Despite the low impact that the ban has on the RV industry, several manufacturers are already making moves to create electric rigs and lightweight towables that can be pulled by an EV. This is a trend that’s expected to continue to grow. Samantha is the associate editor at Campendium. She is a Midwesterner, outdoor enthusiast, and anxious flyer. Her adventures usually include a kayak, mountain bike, or paddle board—and her wife and their energetic pup Lionel. 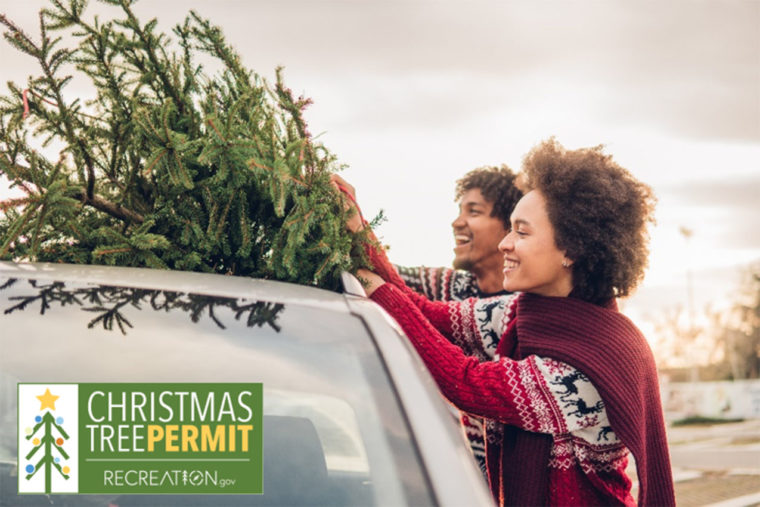 Pick Your Own Christmas Tree in a National Forest This Year