With a few safety precautions in mind, here’s how you can enjoy the outdoors during hunting season.

As summer turns to fall, the air gets cooler, the leaves explode with color, the bugs disperse, and the hunters climb their tree stands.

While this is a beautiful time to camp and recreate outside, it’s also one of the more dangerous times to take to the woods. But with precautions by both hunters and other parties enjoying the outdoors, everyone can safely co-exist in the outdoors during hunting season.

On the East Coast, “2021 marked the fewest number of hunting-related shooting incidents (HRSI) since New York’s hunter safety program was signed into law in 1949,” according to the New York State Department of Environmental Conservation. “The current 5-year average is 1.5 incidents per 100,000 hunters. It is encouraging to see that hunters are taking measures to ensure the safety of themselves and others while afield.”

Aside from outfitting yourself with bright orange gear or tape, here are five tips for how to camp safely during hunting season.

Hunting seasons vary from state to state based on the types of animals hunted, including their environments, mating season, and other characteristics. Each season also depends on how hunters are shooting their prey. Are they using archery, muzzleloaders, or rifles? There is a season for each. The busiest time of year for hunting is big game rifle season. When planning a camping trip in the fall, check here for your state’s hunting season start and end dates. You can also find this information on the website of the Department of Fish and Game (or equivalent) for each individual state.

Hunting season is only hectic for a few weeks and peaks during certain times of the week. Opening day is typically the busiest time of the year, followed by weekends (although some states limit or don’t allow hunting on Sundays). Dawn and dusk are the most popular times for hunting. There are still ways to recreate outside and avoid heavy hunting traffic; just research the area before you go.

3. Camp Where You Feel Comfortable

Did you know that more than 99 percent of the lands operated by the Bureau of Land Management (BLM) are open to hunting, fishing, and recreational shooting? A large portion of the country’s boondocking sites are in hunting territories. If you choose to boondock or camp dispersed on BLM land, pack orange gear and vests, avoid peak times, and plan your outdoor excursions for midday when hunters and animals are least active.

You may also want to consider staying in an established campground. Campgrounds are busier with hunting season traffic, but wildlife and active hunters avoid high-traffic areas with noise. If you prefer to camp where hunting is not allowed, then look into state and national parks. These areas often prohibit hunting.

Hunters want to avoid injuring your dogs just as much as you want to protect them, but accidents happen. The most effective way to protect your pets during hunting season is to keep them on a leash, close to camp, and outfit each pet in orange. “I go hiking three times a week with my dogs and put orange on them every time,” says Tony Steward, a hiker, mountain biker, and hunter in Pennsylvania.

Related The Ultimate Guide to Boondocking With Pets

5. Check With Your Local Game and Fishing Agency

Hunting varies across the U.S. so don’t be afraid to reach out to your local resources for more information. Regardless of whether you hunt, your local game and fishing agency is a valuable resource for any questions or concerns.

When is hunting season?

Hunting seasons vary from state to state. Check for local information here or on your state’s Department of Fish and Game (or equivalent) website.

When is the busiest time of the year for hunting?

The busiest time of the year typically falls during big game firearm season, although hunting is an all-year activity; it just depends on the type of animal, weapon, and location.

“Opening day of hunting is super busy,” says Toby Noble, an elk hunter in Colorado. “Expect most places to be busy and taken up by hunters camping and hunting. They’re going to be waking up really early and coming back late.”

Where is the best place to camp during hunting season?

The best place to camp during hunting season is where you feel comfortable. Whether you choose to camp in an active hunting territory or not, research before you go and be cautious of your surroundings. Camping in a developed campground rather than boondocking can offer peace of mind during hunting season.

How can you be courteous to hunters, while also recreating outdoors?

You can be courteous to hunters during hunting season by staying on trails and in areas with other people. Most hunters opt for state game lands where there is less human traffic to scare off the game in the area.

Camping and recreating outdoors during hunting season can be daunting, but there are precautions you can take to keep yourself and your loved ones safe. Just remember that trails are multi-use. Everyone following the law has a right to recreate in that space—hunters, mountain bikers, and runners included. 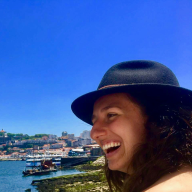 Can You Sleep at Rest Stops? All About Overnighting in Rest Areas With Your RV How to Stay Safe and Comfortable When Boondocking in Winter How to Get Your Rig Winter Ready