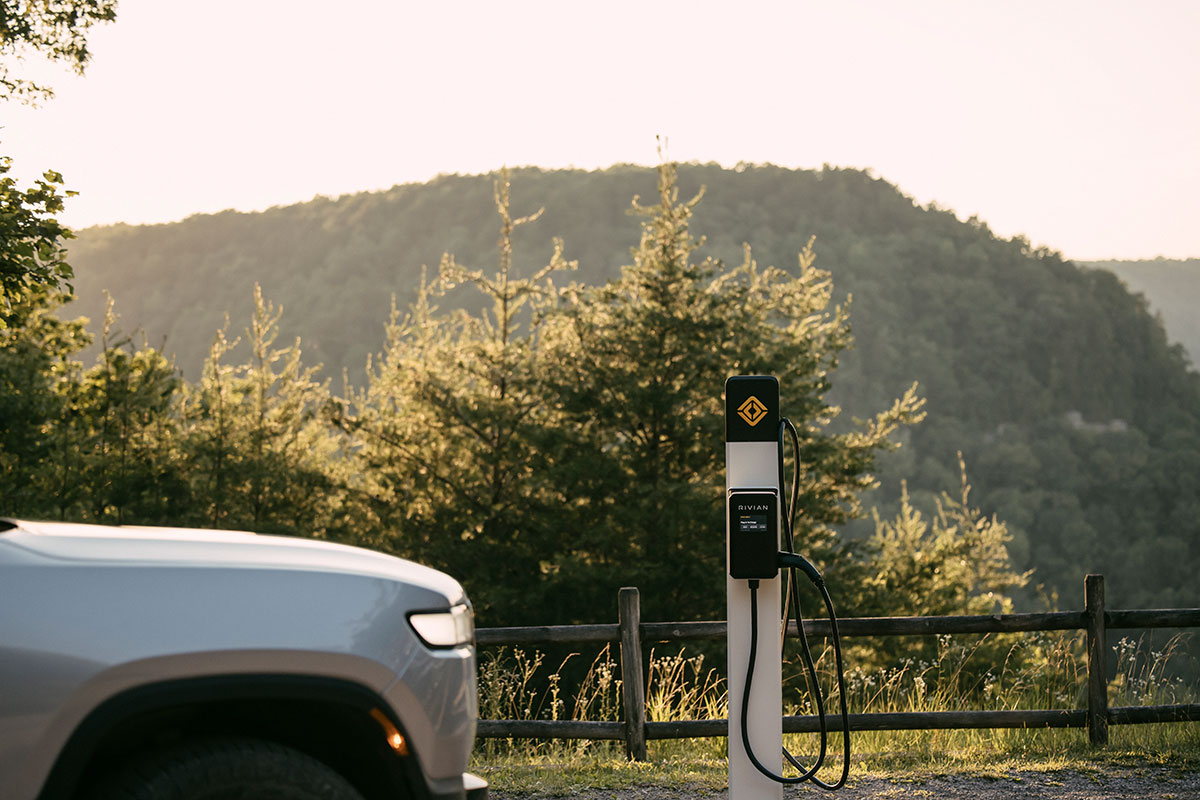 Early adopters of fully electric and hybrid cars have often been located in cities with readily-available charging stations and short commutes. Now, travelers around the U.S. are looking to take their electric cars on longer trips—and they’re asking for the charging station infrastructure to make it possible.

And some states are taking note. State park systems across the country now offer charging stations to power up your car while you’re hiking, fishing, or camping for the night.

Related How to Find EV Charging Stations on a Road Trip

Here are eight states that offer electric vehicle charging at one or more of their state parks.

State parks with EV charging stations include Kinzua Bridge State Park and Presque Isle State Park. Each offers two ClipperCreek J-1772 chargers that are available for use free of charge.

Related 5 Questions We Get Asked Towing With an Electric Vehicle

The Tennessee Department of Environment and Conservation announced a partnership with Rivian vehicles to install charging stations at all of the state’s 56 state parks. The first charger at Radnor Lake State Park was installed in October 2021. Rivian intends to install the rest of the charging stations by spring 2022. The Rivian Waypoint stations have two J-1772 plugs that are free to use.

Top up your charge for free at three of South Carolina’s state parks. In 2021, charging stations were installed at Sesquicentennial State Park in Columbia, Paris Mountain State Park in Greenville, and Santee State Park in Santee. These parks were chosen, in part, because each is close to a city center or interstate, helping travelers recharge as they navigate the state.

All three charging stations are J-1772, with two plugs at each station. Tettegouche and Gooseberry Falls are free to use, while Big Bog charges $0.25 per kilowatt-hour and a $1 access fee.

All three of Minnesota state parks that offer EV charging have an on-site campground:

Electric charging stations are coming soon to all 42 of Colorado’s state parks. In 2021, the Colorado Parks and Wildlife Commission approved a proposal to partner with automaker Rivian to install charging stations across the state.

The work, which was due to begin last summer, has been delayed as the state finalizes its agreement with Rivian. Based on Rivian’s partnership with Tennessee, EV drivers can anticipate that the types of chargers installed will be Rivian Waypoint (J-1772) stations.

For now, you can find one free J-1772 charger and waterfront camping at St. Vrain State Park in Firestone.

There are more than 35,000 public electric vehicle charging ports in California, far more than any other state in the U.S. (the second-highest state, New York, has close to 7,000 ports). So while you can rest assured that there will often be a place to plug in on your journey, only a handful of state parks have installed dedicated stations for visitors.

Will Rogers charges $12 for parking, but the two J-1772 plugs are free to use once you’re parked. Both Hendy Woods (which offers on-site camping) and Fort Ross have free chargers, though the parks may have entry fees.

Each of these Washington state parks with EV charging stations have an on-site campground:

As the popularity of electric vehicles grows, so will the availability of electric charging stations at popular recreation areas. With more national parks, state parks, and city parks adding their own chargers, it’ll be easier than ever to power up at your next destination.

Looking for a charging station near you? Check out Roadtrippers, PlugShare, ChargeHub, and the U.S. Department of Energy’s Electric Vehicle Charging Station Locations.