The arrival and departure of the monarch is a sign of the change in seasons. The striped and spotted butterfly has two populations in North America, separated by the Rockies. They can’t live in cold temperatures so the butterfly species migrate to warmer climates in the fall. Its western population spends winters along the Southern California coast and Mexico’s Baja Peninsula. The larger eastern population makes the long journey to the microclimate of the Oyamel fir forests of central and southern Mexico.

Monarchs depart winter sites in February and March and reach the northern limit of their range in early-to-mid-June. In spring and summer, monarchs breed in much of the U.S. and southern Canada, primarily where milkweed, which is essential to the life cycle of these butterflies, is found. Below are some areas and campgrounds in the U.S. and Canada where you are likely to spot these brilliant insects.

Today, only a fraction of both populations remains, as monarchs have severely declined since the mid-1990s. Habitat destruction, milkweed reduction (largely in the American Midwest), pesticide use, logging, and climate change are contributing factors. Encourage your local and federal governments to protect and restore monarch habitats. You can help too by adding nectar plants to your patio or property.

Wild monarchs that breed in eastern Oregon, Washington, Idaho, Arizona, and Nevada migrate to the California Coast where they roost in eucalyptus trees and Monterey cypresses and pines.

The Monarch Grove at Natural Bridges State Beach is the only state monarch preserve in California. Thousands of butterflies gather here from mid-October through mid-February. Late October and November are generally the best times to see them at their highest numbers.

From mid-fall and into the winter months, monarchs return to the coastal area of Pacific Grove as part of a generation migration pattern. Monarch Grove Sanctuary is free and open daily; mid to late afternoon is the best time to spot them in the trees. There is even an annual butterfly parade in Monterey, California, in October.

The eucalyptus trees at Pismo State Beach Monarch Butterfly Grove serve as a winter home to monarchs from November through February; it’s open to the public during this time.

Spring breeding of the Eastern monarch occurs in the lower states in the U.S. with summer breeding in the mid to upper U.S. states and southern Canada. But the eastern U.S., southeastern Canada, and the Great Lakes are perhaps the most well-known areas for summertime monarch spotting. In the prairies, monarchs can be found where wildflowers and tall grasses thrive.

Situated between the principal breeding grounds in the north and the overwintering areas in Mexico, Texas is important in monarch migration in both the spring and fall.

In early March, monarchs begin arriving from the south. In search of emerging milkweeds, they move through Texas, laying eggs before dying. Their offspring head north and become the first of several new generations that re-populate the Midwest, the eastern half of the U.S., and southern Canada.

During autumn, monarchs use two principal flyways. One traverses Texas in a 300-mile-wide path from Wichita Falls southeast to Eagle Pass, bordering Coahuila, Mexico (ending in September to early November). The second flyway is along the state’s southern coast from around the end of October to mid-November. The city of Mission, Texas, in the very south of the state, hosts the Texas Butterfly Festival and has been called the “butterfly capital” of the U.S.

Point Pelee, a peninsula and the southernmost tip of mainland Canada, is a temporary home to thousands of migrating monarchs from late spring to early fall. Spring sightings of monarchs here typically occur in early May. In the fall, when favorable conditions occur, the monarchs begin their magnificent crossing southwest over Lake Erie.

Related How and When to Book National Park Stays in Canada

Parks Canada is actively planting and protecting pollinators and wildflowers, such as milkweed, native trees, and grasses natural to the savannah habitat at Point Pelee. It’s noted to be the most diverse national park in Canada.

Located in southeastern Northumberland County on the North Shore of Lake Ontario between Toronto and Kingston, Presqu’ile Provincial Park is well-known for being a gathering location for monarchs before they head across Lake Ontario. Closer to Toronto, monarchs that frequent the north shores of the lake can be spotted inland, along the creek at Rouge Urban National Park.

The Georgian Bay Islands National Park freshwater archipelago is a summer haven for monarch butterflies. At the southern tip of Lake Huron is Pinery Provincial Park, where butterflies can be seen near the sand dunes. The Georgian Bay Biosphere, a community-based charity, works to help habitats through conservation and education, as well as building pollinator gardens.

The cities of Sault Ste. Marie in Michigan and Ontario are divided by the St. Mary’s River, which connects Lake Superior to Lake Huron via the Soo Locks. Here, the 116-acre Parks Canada Sault Ste. Marie Canal National Historic Site is an important, studied, and protected space for milkweed and monarchs. The sandy shores of Brimley State Park in Michigan’s Upper Peninsula are a fantastic area for viewing (nearby Bay Mills area has two campgrounds). The Stonington Peninsula across from Escanaba, Michigan, also sees the arrival of thousands of monarchs who find shelter in the cedar trees. Peak migration is between August and October.

East of Sault Ste. Marie is Fort St. Joseph National Historic Site, where a large meadow and forests are home to the butterflies from June to September. Milkweed and native flowers are protected here, and Parks Canada is conducting studies to better understand the monarch’s life cycle.

The Montreal Insectarium spearheads Mission Monarch, a community science program that documents breeding hot spots to assist in effective conservation measures. While on your camping trip, take part by identifying milkweed and monarchs and submitting observations via the website.

Kejimkujik National Park and National Historic Site in south-central Nova Scotia features a butterfly garden and a monarch exhibit in the summer. The Southwest Nova Biosphere Reserve is a living laboratory for testing and demonstrating sustainable development, including the study of monarchs.

Other Lakefronts and Waterways

In late summer, lakefronts, including along the Great Lakes, are ideal places to spot Eastern monarchs as they tend to use waterways during migration. They can even be seen in large cities such as Chicago, Illinois, and on Lake Michigan during migration through and from Wisconsin. Monarchs can also be seen along the Mississippi River, including its tributary Wisconsin and Illinois rivers. 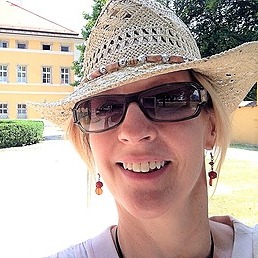 10 LGBTQ+-Friendly Campgrounds Throughout the U.S.

For many members of the LGBTQ+ community, the most important campground features are less about amenities and more about feeling...