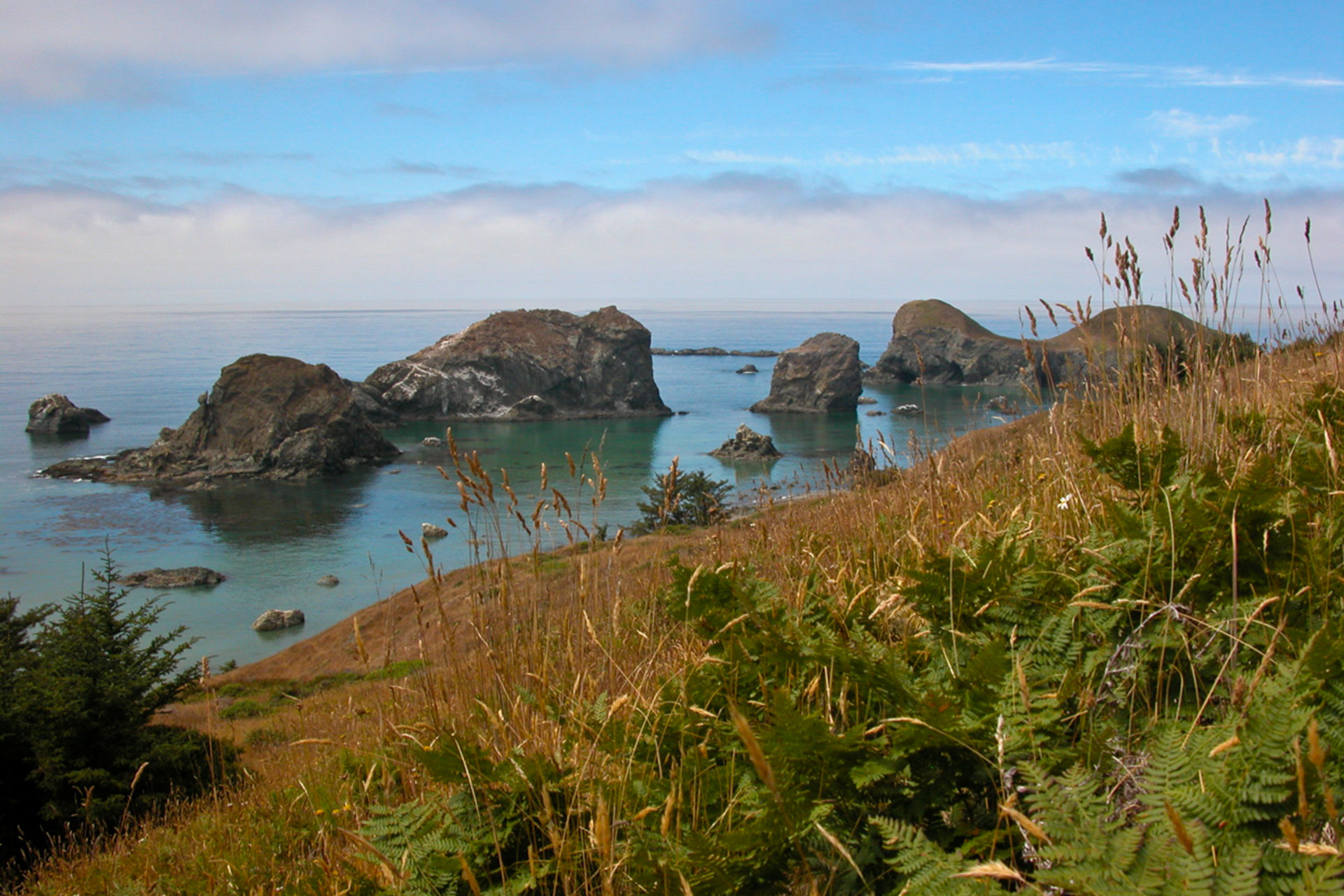 10 Wildlife Refuges With RV Campgrounds Nearby

The National Wildlife Refuge System is a massive network of conservation lands and waters, covering more than 95 million acres (and 740 million acres of submerged lands and waters). Camping near these bucolic lands will not only help you avoid the crowds found at national parks, but you’ll also have less competition for prime campsites and more seclusion.

Here are 10 wildlife refuges throughout the U.S. where you can immerse yourself in nature during the day and sleep comfortably in an outstanding campground at night.

The Rachel Carson National Wildlife Refuge stretches for 50 miles along the southern coast of Maine and encompasses more than 5,000 acres, up to 45 percent of which consists of freshwater and coastal wetlands, or salt marshes. These inconspicuous looking grasses are one of Maine’s most important ecosystems, functioning as everything from fish nurseries to storm buffers to carbon sinks.

The Rachel Carson Trail is a 1-mile, mostly level hike that offers 11 interpretive stops and a lovely, panoramic view of a salt marsh. Visit in the spring for your chance at spotting an endangered piping plover’s nest on the refuge’s beaches.

Stretching from Greenland to South America, the Atlantic Flyway is a vital migratory route for North American birds, and Pinckney Island National Wildlife Refuge provides an integral stopover along the way. Tucked in between Hilton Head and Bluffton, South Carolina, the refuge offers more than 14 miles of maintained hiking and biking trails for visitors to explore.

Bring your binoculars to spot more than 250 species of birds that either call the refuge home or are passing through. The most striking is the painted bunting, which you can see during the summer in the island’s brushy habitat. Alligators abound too, mostly in and around the refuge’s freshwater ponds.

The “blue goose” on the National Wildlife Refuge System’s logo was designed by Jay Norwood “Ding” Darling, a Pulitzer Prize-winning cartoonist and conservationist who initiated the Federal Duck Stamp program and served as the head of the U.S. Biological Survey. Today, the J.N. “Ding” Darling National Wildlife Refuge on Florida’s Sanibel Island is part of the largest undeveloped mangrove ecosystem in the U.S.

Protecting more than 6,000 acres of mangroves, marshes, hardwood forests, open water, and mud flats, this refuge is also a thriving bird habitat, with more than 245 migrating or resident species. One of the park’s most photogenic residents is the roseate spoonbill, which you can often spot wading among the mangroves. Walk, bike, or drive the 4-mile Wildlife Drive and then join a guided tour; staff and volunteer naturalists offer them year-round.

Whooping cranes have been teetering on the brink of extinction since the 1940s, although their numbers are slowly increasing thanks to increased protection and conservation efforts. One of the best—and only—places to see these magnificent birds is the Aransas National Wildlife Refuge along the Gulf Coast in south Texas, which is the winter home to the world’s last wild flock of more than 500 “whoopers.”

From November to March, birders from around the world visit to see the cranes—North America’s tallest bird, with males topping out at almost 5 feet—and one of the world’s smallest birds, as huge numbers of migrating ruby-throated hummingbirds make their winter home in the nearby Rockport-Fulton area. A 16-mile paved roadway provides a good overview of the landscape, but you should hike one of the trails if you have time.

The Wichita Mountains Wildlife Refuge is a 60,000-acre area outside Lawton and Fort Sill in Oklahoma. While many wildlife refuges host large bird populations, this one was established in 1901 as a forest reserve, and it now protects roaming herds of bison, longhorn antelope, and Rocky Mountain elk—though there are still plenty of birds. Twelve trails, ranging from 0.1 to 6 miles, traverse the mixed-grass prairie, mountains, and freshwater lakes and streams. You can also do wildlife spotting from the car along the 3-mile Mount Scott Road.

When dealing with potentially dangerous wildlife, make sure to keep your distance and never approach wild animals. Yellowstone National Park, which has seen a number of bison incidents this year, recommends staying at least 25 yards away from large wildlife, and 100 yards from wolves and bears.

Kofa National Wildlife Refuge, just north of Yuma, Arizona, is a great place to spot wildlife. This enormous tract of 665,400 acres was established in 1939 as the Kofa Game Range to protect desert bighorn sheep, and it became a wildlife refuge in 1976. Today, a population of 400 to 800 of these majestic animals roam the remote Sonoran Desert.

If you visit in August, the rams are in rut and bang their horns together while fighting over ewes. Hike the .45-mile Palm Canyon Trail early in the morning and keep your eyes on the canyon skyline to spot bighorns.

North Dakota is home to more wildlife refuges than any other state with 66 refuge lands. The Audubon National Wildlife Refuge is a predictably glorious locale for birding. Situated on the southern portion of Lake Audubon, this 14,739-acre refuge attracts waterfowl, shorebirds, songbirds, and migratory birds. The refuge lies within what’s known as the Prairie Pothole Region, named for the many small wetlands that look like potholes, left behind when the glaciers receded around 10,000 years ago. These wetlands are one of the continent’s most important breeding and nesting sites for waterfowl and other birds.

Visitors can take the 8-mile gravel roadway tour for lake and prairie wetland views, along with the chance to see some of the refuge’s 246 bird species—especially prolific during spring and fall migration.

If the crowds at Yellowstone National Park have you rethinking a visit, head to the remote, equally stunning lands at Red Rocks Lake National Wildlife Refuge. Depending on the time of year, the refuge acts as a corridor for mammals moving between Yellowstone and areas of Idaho and Montana. Species like elk, deer, pronghorn antelope, and grizzly bears, as well as migratory waterfowl and songbirds, seasonally call the refuge home. The best time to visit is May through September when the weather’s most cooperative.

All the refuge’s roads are rough dirt or gravel—the main thoroughfare is South Valley Road, which stretches into Idaho as U.S Highway 20. If you’re not game for the drive, stop for an afternoon and hike one of the two easy-rated trails. Note that you may see moose, black bears, or grizzly bears, all of which can be aggressive, especially mothers with babies.

Both refuges offer vehicle tours; start with the Tule Lake tour, which is 9.6 miles one way. You’ll have the chance to spot four types of grebes, along with copious waterfowl species, during the spring and fall. If you visit during the winter, dozens of bald eagles occupy the areas near open water. The 10.2-mile Lower Klamath loop frequently offers views of white pelicans, egret, herons, grebes, large flocks of geese and ducks, as well as sandhill cranes and shorebirds in the spring and fall. Winter visitors may spot tundra swans and bald eagles.

Unique among the refuges—in that you can’t so much visit it as observe it—is the Oregon Islands National Wildlife Refuge. Spanning the Oregon coast from Tillamook Head in the north to the California border in the south, Oregon Islands includes 1,853 rocks, reefs, and islands, all acting as important breeding, birthing, and resting grounds for huge communities of seabirds and marine mammals. All the rocks are protected wilderness areas, except the 1-acre Tillamook Rock. A good pair of binoculars will reward you with spectacular wildlife sightings year-round.

No matter what part of the U.S. you’re visiting, there’s likely a national wildlife refuge nearby. With habitats running the gamut from lakes to rivers, forests, mountains, and deserts, there’s land to suit every wildlife lover’s taste. Becky is an experienced travel writer and editor. She's been all over the world, both on her own and for publications such as ScubaDiverLife.com, Sport Diver, Caribbean Travel and Life, and Rough Guides guidebook series. 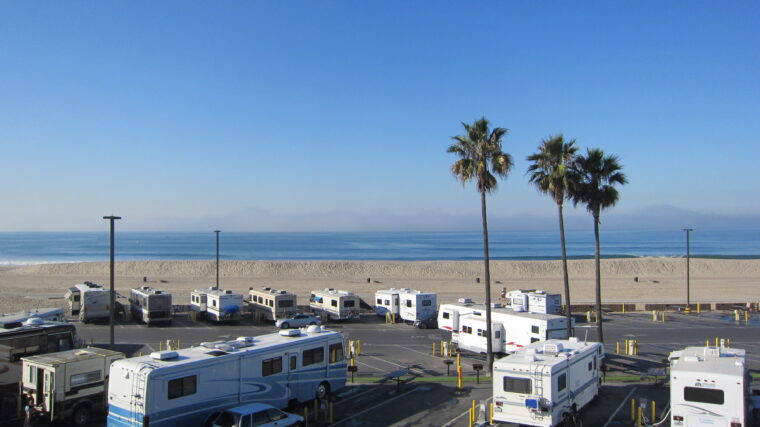 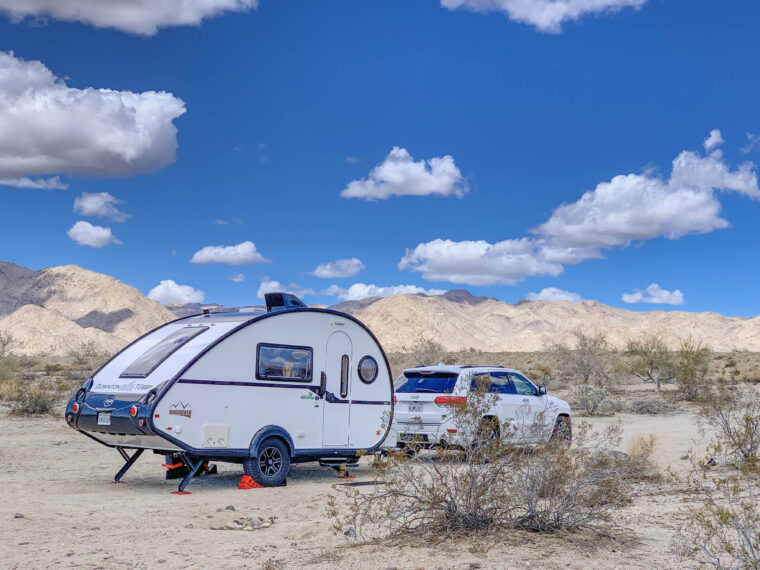