All National Forests in California Are Closed Until September 17

In light of the record-breaking wildfires that are burning across California, the United States Forest Service (USFS) has closed all of the state’s national forests as of midnight last night, August 31. The forests will be closed until midnight on Friday, September 17.

“We do not take this decision lightly but this is the best choice for public safety,” said Regional Forester Jennifer Eberlien in a press release. “It is especially hard with the approaching Labor Day weekend, when so many people enjoy our national forests.”

The closure does not apply to Humboldt-Toiyabe National Forest, whose lands are located primarily in neighboring Nevada.

Current weather patterns and the ongoing drought have created hazardous wildfire conditions across the state. Factors that weighed into the decision included decreasing the potential for new wildfires at a time of “extremely limited firefighting resources” and reducing the number of people in national forests to make evacuations easier.

The Forest Service also expressed concern about this year’s intense and unpredictable fire patterns. According to the press release, these patterns include “fire behavior that is beyond the norm of our experiences and models such as large, quick runs at night.”

With camping and recreation in California’s national forests off the table, for now, how about checking out one of these nearby forests instead? While we can’t guarantee that you’ll escape the smoke that is blanketing much of the western United States, these beautiful forests are, as of now, open and welcoming visitors. At 6.3 million acres, Nevada’s Humboldt-Toiyabe National Forest is the largest national forest in the lower 48 states and is home to 18 designated Wilderness areas. The forest is known for its spectacular hiking and horseback riding trails and also has tens of thousands of archeological and prehistoric sites.

While its offices and visitors centers are closed due to the ongoing pandemic, the forest remains open for recreation. Top-rated campgrounds in the Humboldt-Toiyabe include Ward Mountain, Thomas Canyon, and Timber Creek. 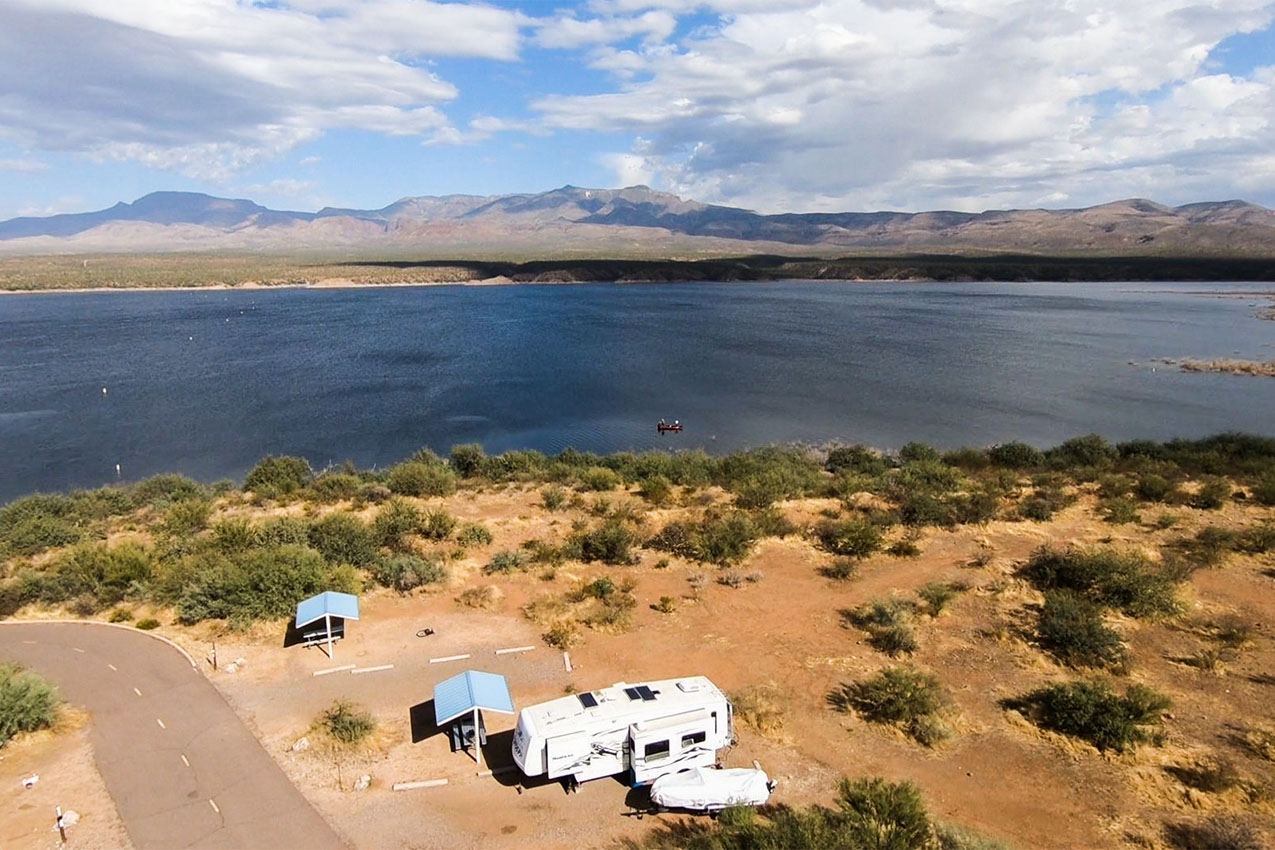 Tonto National Forest’s 2.9 million acres stretch from the arid desert to high-elevation pine forests. In between, enjoy one of six reservoirs on the Salt and Verde Rivers, which are perfect for watersports, beach days, and lakefront camping. The Campendium community loves the campgrounds at Tortilla and Schoolhouse, and the dispersed camping at Punkin Center. The Siuslaw National Forest is one of only two in the continental United States that touches the ocean, and if that isn’t enough to entice you, it also is home to excellent hiking trails, gorgeous sand dunes, and miles of rivers for floating, paddling, and fishing. Best of all? Right now, it’s escaping the worst of the wildfire smoke from the California and Oregon wildfires. Check out the camping at Tillicum Beach, Cape Perpetua, and Sutton.

Camping with Wildfires: What You Need to Know

Fire Ban? Have Fun with these Campfire Alternatives

Best Practices on How to Build a Responsible Campfire

How to Put Out A Campfire