It’s no secret America’s natural spaces are becoming increasingly popular. In Colorado, state parks saw nearly a million additional visitors year over year in just June alone. While a lot of the bump is due to people trying to get outside during the pandemic, the steady increase is nothing new. Though more people enjoying the outdoors is mostly good news, it can put a strain on natural resources and land managers.

Now, agencies like Colorado Parks and Wildlife are being forced to make tough calls when it comes to new regulations and restrictions to protect the wilderness for generations to come.

In May of this year, the Colorado Parks and Wildlife Commission voted to require anyone using a State Wildlife Area or State Trust Land to have either a fishing or hunting permit. This includes popular boondocking spots like the San Luis State Wildlife Area. The move led to confusion and initial backlash. CPW is now working to help educate the public on the new guidelines and why the rules are in place.

“Once they understand what it is, they’re cool with it,” explains Travis Duncan, a public information officer with CPW. He says they’ve received an increase in calls over what the new rules mean and who can use what land.

“It’s been a great opportunity to educate folks about what these areas are versus a state park and how public lands are funded. I think a lot of folks just like to get outside and recreate, especially right now during the pandemic,” says Duncan. “They want places to go, they want places where they can feel like they’ve gotten the distance from other people and can get that healing power of nature.”

Each state has different rules and regulations for its public lands, and it can be confusing. The new rules in Colorado are focused specifically on what’s called State Wildlife Areas and State Trust Land. These are public lands that are leased by CPW from the state for a specific reason. There’s a long list of possibilities for that lease but include items like protecting important wildlife habitats for animals like bighorn sheep or elk. Those protections come with regulations and, for instance, could include a ban on mountain biking in the area to protect wildlife or other options.

CPW has more than 350 wilderness areas and over 200 state trust fund areas, and many people are not aware of the varying guidelines and rules for enjoying those areas. This is where issues started.

“Wildlife officers were seeing things like people essentially trying to live on the public land,” says Duncan. “Extended stay and extended camping, trash, human waste, graffiti and just unintended use in the area.”

Over the last few years, a number of different options were discussed to help deal with the growing problem. In the end, state officials decided the best way to move forward and protect the land and wildlife was to require permits.

“Our wildlife officers have seen a lot of heavy use of these areas that they weren’t originally intended for, and that’s why this change and the rule came about,” says Duncan. “So yeah, heavy pressure on the area, and especially with the COVID-19 pandemic going on, we’re seeing really, even beyond that, really heavy use of public land.”

The new rules went into place in the beginning of July. Some users were worried about being fined or hit with other repercussions, but  Duncan says CPW is working hard to educate users first and are not using it as an opportunity to go after anyone, “We just want to let folks know how these areas are funded, what they are for and let them know, hey, you need to get a fishing license or some kind of license just to be in this area legally from now on.”

Outdoor leaders from the state are aware not everyone hunts or fishes, and that some want additional options. One such item could be something like a wilderness viewing permit, an option the state tried out a few years ago with what was called a Habitat Stamp. Unfortunately, due once again to how funding works with land grants, CPW started losing money on the item so the program was scrapped. There are still some ongoing talks to discuss similar items that could better suit those looking to just see wildlife.

CPW officials are asking everyone to do a little homework before going outside. Know where you’re headed, and what that land is intended for. Is camping allowed? What permits do you need? Does the land belong to the state or is it federal property? These steps will help people find the best land for them to visit.

In the meantime, CPW officials want to remind everyone about protecting the outdoors for future generations, by cleaning up trash, following Leave No Trace and leaving our natural spaces as you found them.

You can find additional details on Colorado Parks and Wildlife’s website: https://cpw.state.co.us/ 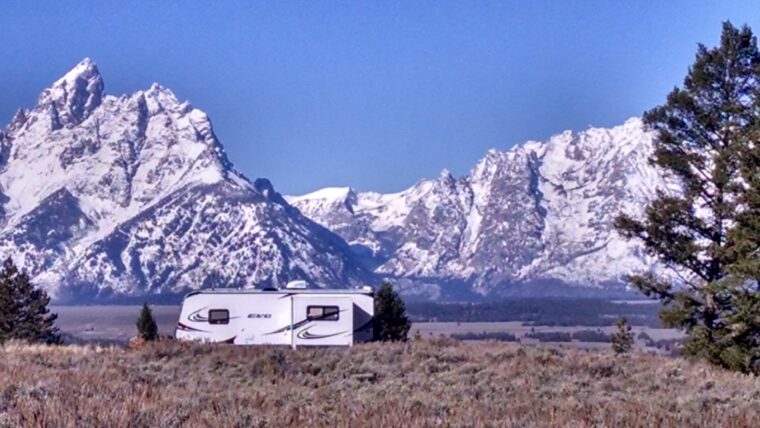