If you’re planning a road trip this summer, here are the states where you’ll find the lowest and highest prices at the pump.

As the U.S. heads into peak camping season, gasoline and diesel prices are ratcheting up even higher than the end-of-school-year excitement.

If a road trip is in your summer vacation plans, here are the states where you’ll find the lowest—and highest—prices at the gas pump.

Why Gas Prices Differ From State To State

Seasoned roadtrippers know that gas prices can vary wildly from state to state. But why? The two main factors that influence price differences at the pump are the location’s proximity to refineries, ports, and pipelines, and state taxes.

The further you are from a gas supply, the higher your cost at the pump will be, according to the U.S. Energy Information Administration. In regions that have relatively few refineries and pipelines, like the western U.S., fuel transportation costs are greater. And that extra cost is passed onto the consumer.

These two factors, plus other contributing elements, like gas station competition and operating costs, result in varying gas prices throughout the country, regardless of whether crude oil is selling at a low or high cost per barrel.

States With the Lowest Gas Prices

Heading into the summer, the states with the lowest average gas prices are Georgia, Missouri, and Oklahoma. All three states are well below the national average, meaning that your next road trip through these southern states will be a relief to your gas budget.

Learn more about the best camping in Georgia, Missouri, and Oklahoma.

States With the Highest Gas Prices

The states that will squeeze your pocketbook the most this summer are California, Nevada, and Washington. In fact, most of the western states—including Idaho, Oregon, Utah, Arizona, and Wyoming—are ringing up higher than the national average at the gas pump.

Luckily, these states also have some of the best free camping in the country, which could help offset expenses for those who are set up to boondock.

Check out the best free camping in California, Nevada, and Washington.

To keep an eye on gas and diesel prices in the United States this summer, check out AAA’s gas price dashboard. 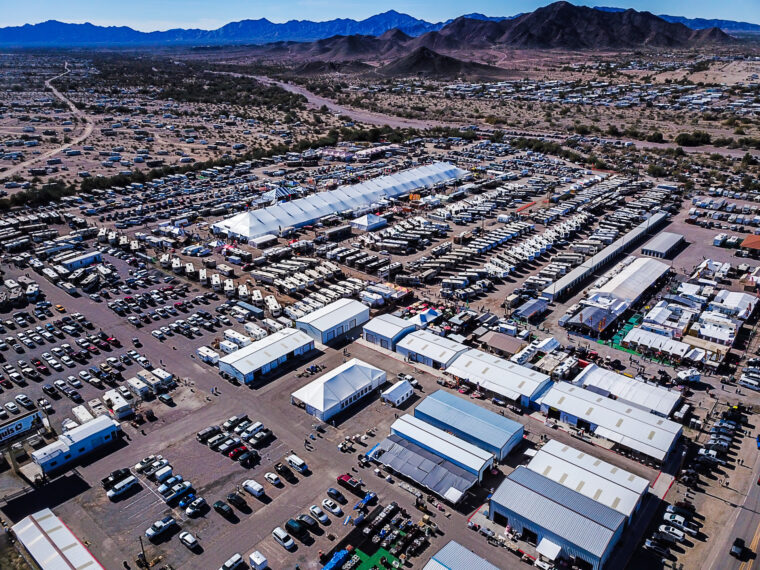