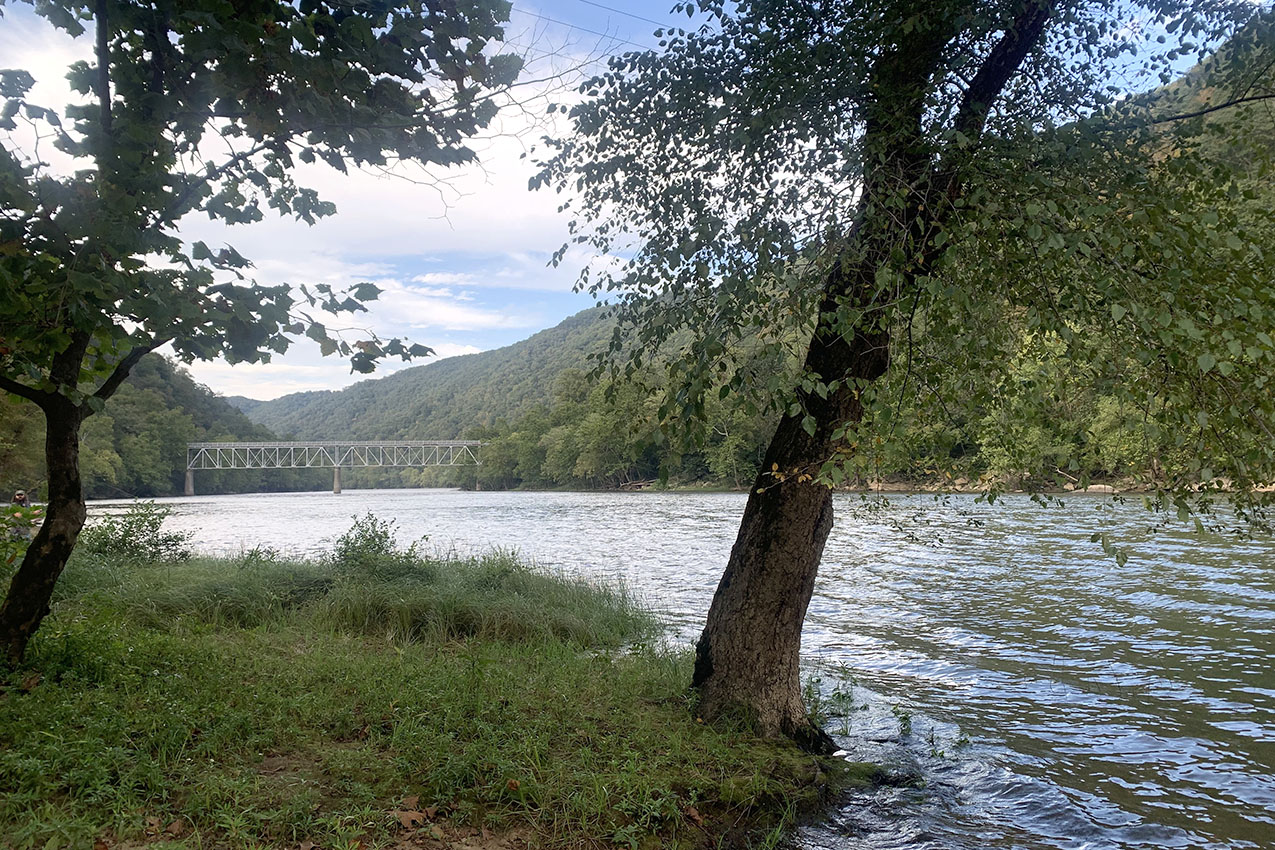 If you are thinking of planning a trip to the country’s newest national park but don’t know where to start, this guide is for you! With over 70,000 acres of land along the beautiful New River, there is a lot to do and see.

The New River Gorge—or simply the “New” as many West Virginians refer to it—is a whitewater paddling and rock climbing paradise. It also is chock full of interesting historical places to visit and offers activities like fishing, hiking, and mountain biking.

Where to Camp in the Park

There are nine campgrounds within the New River Gorge National Park and Preserve, and they offer everything from RV sites to walk-in tent sites. All the campgrounds within the park are primitive, so there are no hookups or services for RVs. The campgrounds do not have drinking water and have limited restroom facilities. Campsites are first-come, first-serve, and there are no fees to camp (as of this writing, the park has no plans to change this). Like many other places, there is a 14 day limit per campsite.

Each campground is located along the river, and all of them but one (War Ridge Campground) provide easy access to the river. The park does advise against swimming as the New River has swift currents and rocky banks, which can be dangerous.

The New River Gorge National Park and Preserve offers two group campsites that are available by special use permit. Only one of the two sites allows RVs, pop up campers, and trailers. Reservations can be made through the park’s permit office at 304-465-6517.

Backcountry camping is allowed in the park, so long as you stay more than 100 feet from developed trails, roads, parking lots, trailheads, etc. Remember to Leave No Trace!

Where to Camp Near the Park

Several state parks surround the New River Gorge National Park and Preserve. Babcock State Park offers electric hookups, but no water hookups (water fill up stations are available). Little Beaver State Park and Pipestem Resort State Park both offer full hookups. Also, there are about 10 private campgrounds in the town of Fayetteville, which is adjacent to the park.

What to Do in New River Gorge National Park and Preserve

Rock climbing: With 1,400 established rock climbing routes, the New River Gorge National Park and Preserve is one of the most popular climbing destinations in the East. The majority of the routes are rated advanced or expert. The best time to enjoy climbing in the park is late April to mid-June and mid-September to late October.

Because the river flows from south to north, the “upper portion” of the river is the southern end of the river. This portion consists of long pools and has easier rapids, up to Class III. The lower portion, also called the “Lower Gorge,” is the northern end. Here you will find large and challenging Class IV and V rapids.

You can run the river on your own or with a guide from one of the numerous outfitters in the area. Trip lengths can be several hours to several days. The main season to be on the river is April to October; however, trips can be taken year-round.

Hiking: With numerous hiking trails at the New River Gorge National Park and Preserve, there is a lot to see on foot. Trails consist of peaceful strolls through the forest, scenic overlooks, and historic areas you can explore. They range in length from a quarter of a mile to seven miles. However, trails can be combined to make longer hikes.

Mountain Biking: The New River Gorge National Park and Preserve has 12.8 miles of mountain biking trails that range from easy to intermediate.

Fishing: One of the most popular activities at the park is fishing the New River and its tributaries. There are numerous public fishing access points along the river.

Unique Places to Visit in the Park

Grandview: To find some of the best views of the New River Gorge, visit Grandview. Perched 1400 feet above the river, the Main Overlook of this area gives visitors a sweeping view of the park. One a clear day, you can see seven miles of the river and its watershed, as well as glimpses of some of the unique history of the park.

Nuttallburg: Nuttallburg is listed on the National Register of Historic Places and is considered one of the most intact examples of a coal mining complex.

Thurmond: At Thurmond, you can step back in time to one of the many boomtowns that sprang up during the coal mining heyday. As part of the National Park Service’s mission to preserve the nation’s heritage, visitors to the New River Gorge can tour this seemingly untouched town from a century ago.

Fayette Station Road: Before the modern New River Gorge Bridge was built in 1977, visitors had to travel this twisty windy road to cross the New River. As visitors make their way down and then back up out of the gorge, they are treated to vistas of the river and mountains, as well as amazing views of the modern bridge. On the bottom, it takes visitors through the remnants of two coal mining townsites.

Prince: Prince was not a mining town, but it was successful because of its geographic location, which made selling supplies to area mining towns easy. Its rail depot is still in operation today.

Richmond Hamilton Farm: Richmond Hamilton Farm is a great place to learn about peoples who lived in the area long ago. Native American archaeological sites are common here; however, its main feature is that it shows what life was like for early settlers to the New River Gorge. These settlers lived off the land as subsidence farmers and had to produce their own food, shelter, and water.

Trump-Lilly Farm: The Trump-Lilly Farm is another great example of subsidence farming. It is a great place to see the harsh lifestyle of living off the land in the Appalachian Mountains.

Glade Creek and Hamlet: Abandoned piers rise out of the water to remind visitors of the Glade Creek Railroad Bridge and the former lumber mill at the site. The remains of the company logging towns of Glade and Hamlet can also be seen here.

The Best Campgrounds for Celebrating Halloween