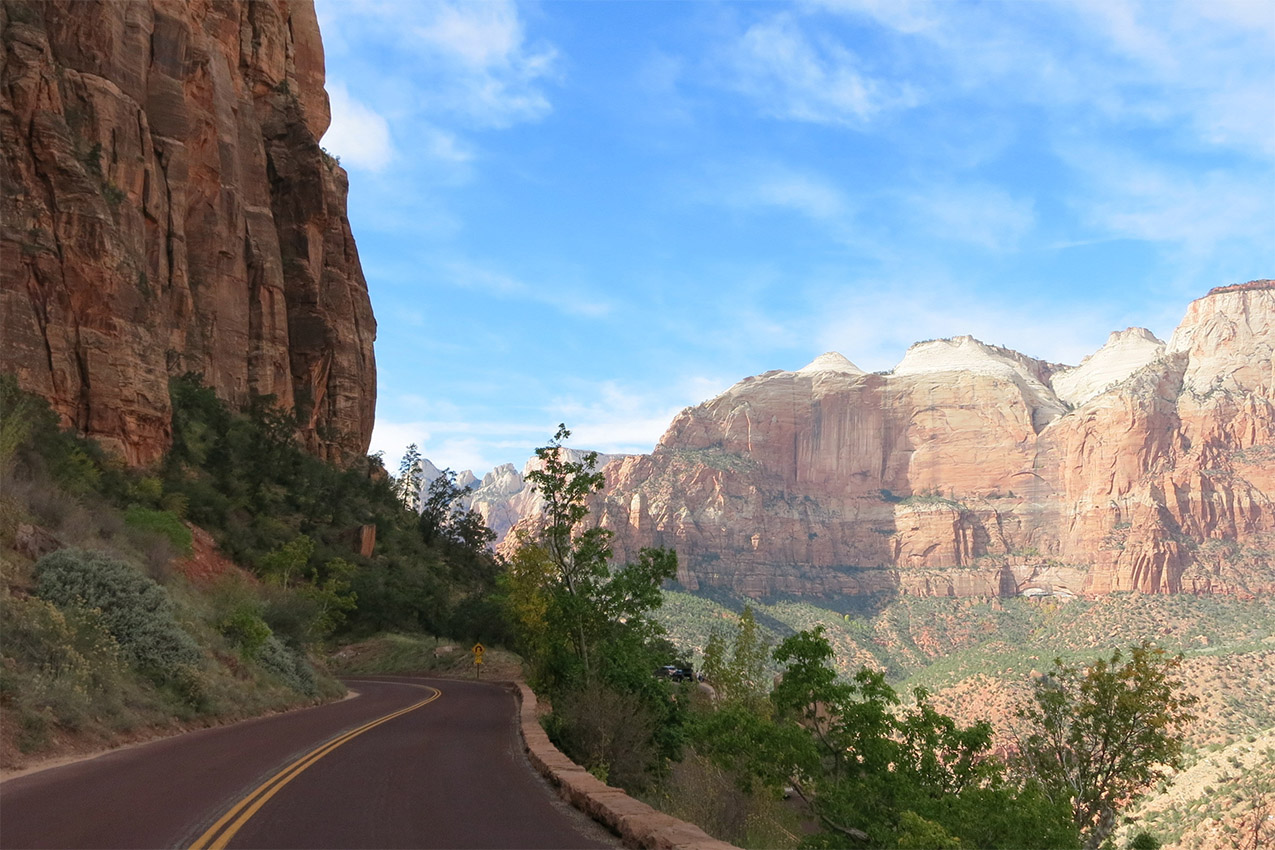 If a small city’s worth of nighttime noise isn’t worth the trade to be directly in Zion National Park itself, we’ve got a headline larger than any canyon in the area: Free camping within 20 – 45 minutes of Zion is not only abundant, it’s often nearly as beautiful as the park itself.

If you’re the boondocking type, you’ll no doubt be able to shake hands with those travelers who lean more toward your lane anyway, all while perched atop a decidedly more open-air landscape less prone to the random flash floods and early sunsets found in Zion Canyon.

Entering Zion from the arguably “main” entrance in Springdale, Utah means a bustling town culminating in the often long line of eager travelers excited to enter the park via their own four wheels, and a quick drive from there to the park’s primary two campgrounds. From craft beer to gear rental, fancy restaurants to grocery store access, it’s easier than a hammock swinging in the breeze to see why this is the first choice for many a wanderer to setup basecamp when exploring Zion.

Luckily, within 45 minutes (and often considerably less), there are several places to camp for free.

Expect easily accessible, clean campsites with decent cell service, and you just might not be disappointed.

Where the humans begin to thin out, the bighorn sheep congregate.

If you prefer vultures and cougars to fellow campers, this is likely a better starting point for exploring Zion than the more popular southern entrance. Distances traveled to find stores packed with bumper stickers and grillables will be greater, while peace, quiet and the likelihood they’ll persist will be as well.

It’s even possible to stay within the boundaries of Zion National Park itself if you’d like, absolutely free. What’s the catch? It’s actually an hour away from the actual canyon that serves as the largest draw. If that’s not an issue, though, and you’re the adventurous type more interested in serenity than taking the same picture as a thousand other hikers will that day, Lava Point Campground has a few small sites on the northern edge of Zion.

Nearer the southern entrance, Gooseberry Mesa is an option on BLM land.

Need to get a little shopping done or otherwise frequent the conveniences to be found in Hurricane, Utah?

Walmart is always an option.

When you’re finished stocking up though, we can’t recommend taking a chance on any of the other free campgrounds in this area so truly astounding, it’s no wonder the Mormons named it for the holiest hill in Jerusalem.

Less concerned with free and more interested in variety?

We cover all of the camping options–from full hookups to more boondocking, spots directly in the park or just outside–in our article RV Parks Near Zion National Park.